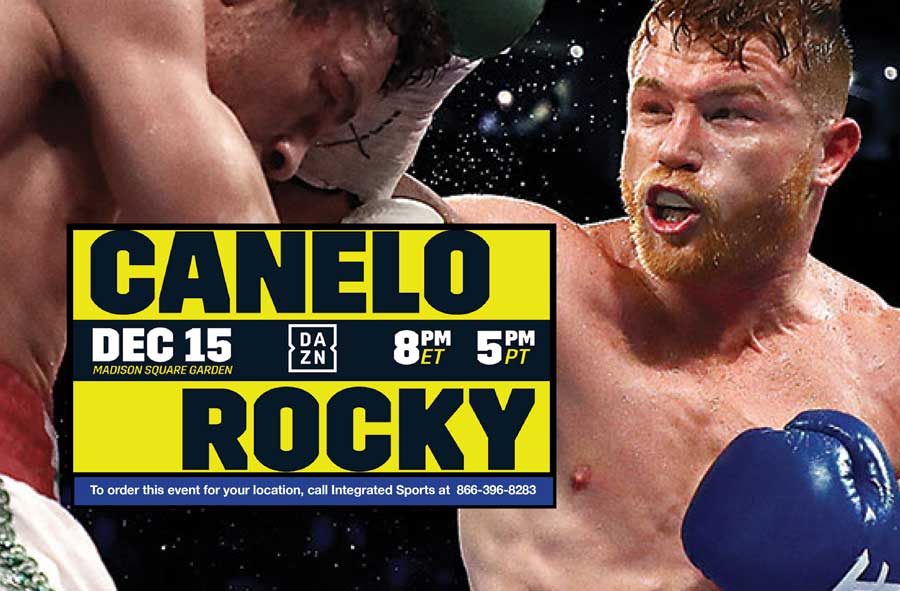 To Order this event for your location, contact Integrated Sports at 1 866-396-8283 or email info@ISMSports.com.

Canelo (50-1-2, 34 KOs), the 28-year-old native of Guadalajara, Jalisco, Mexico, is without adoubt boxing’s biggest star. After capturing multiple world titles and the lineal champion-ship in both the super welterweight and middleweight divisions, Canelo has establishedhimself firmly atop the pound-for-pound rankings. The Mexican superstar will look tocapture a world title in a third division when he steps into The Garden’s famed Boxing ringfor the first time.

The fighting pride of Liverpool, England, ROCKY FIELDING (27-1, 15 KOs) climbed the168-pound rankings by fighting the toughest fighters in his native country. Fielding hasscored six victories in a row, including his career-defining win to capture the WBA SuperMiddleweight World Title in July. Fielding will defend his title at The Garden in what will behis United States debut.