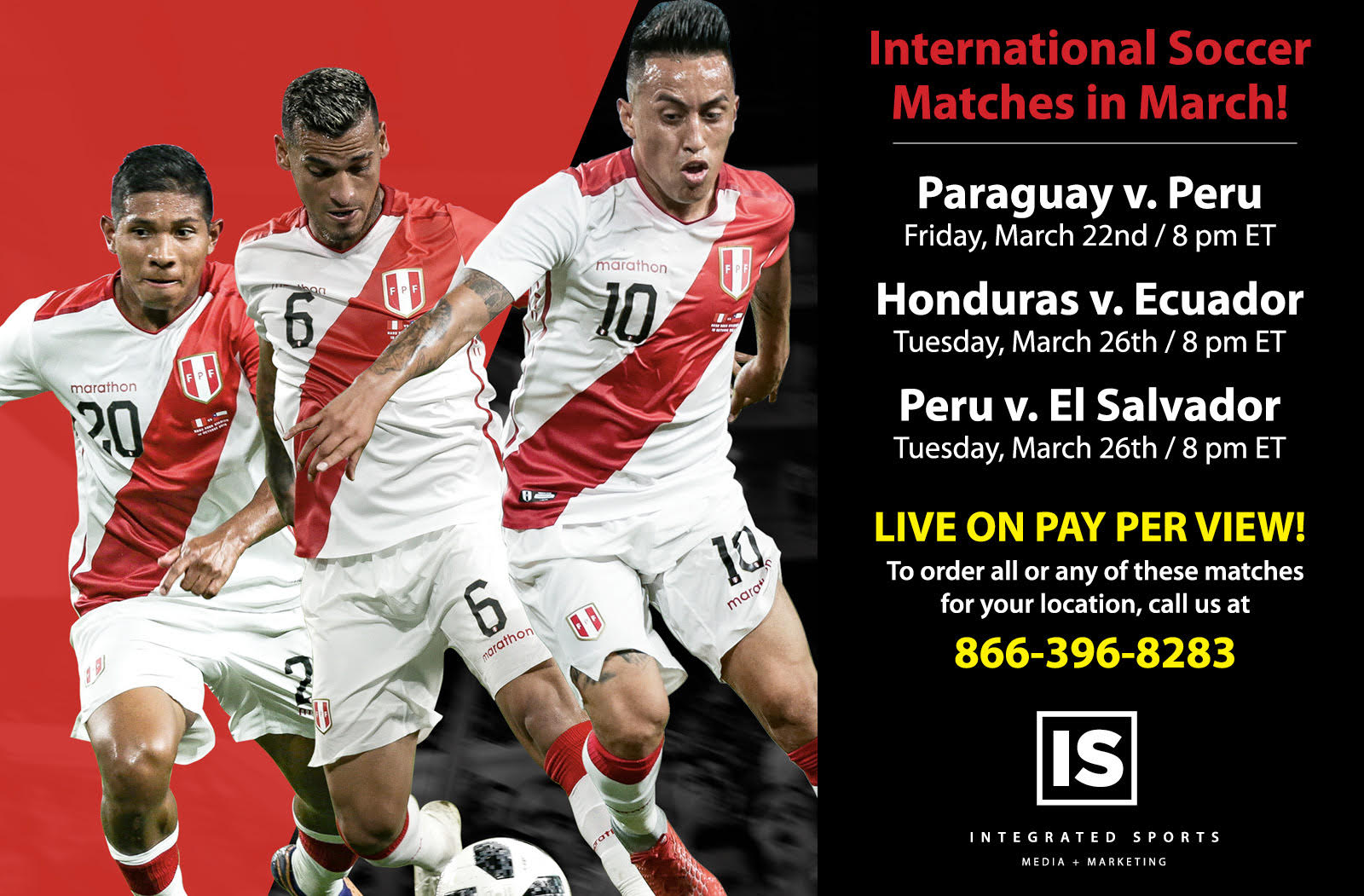 Integrated Sports Media will distribute all the matches live in the United States on cable and satellite PPV via iN Demand, Vubiquity, DIRECTV and DISH for a suggested retail price of only $24.95. In addition, all matches are available via digital Pay Per View at www.Payperviewliveevents.com. Paraguay enters the year under the direction of former Red Bulls head coach Juan Carlos Osorio. Osorio was named head coach last summer after leading Mexico in the 2018 World Cup. La Albirroja has called in several key players to recent camps, including New York Red Bulls playmaker Kaku and Newcastle United’s Miguel Almiron. Kaku made two appearances for Paraguay in 2018 after making the one-time switch from his native Argentina.

El Salvador has a crucial CONCACAF Nations League match against Jamaica on March 23 and could be facing Peru on a high note, if it can beat Jamaica and qualify for the 2019 Gold Cup.