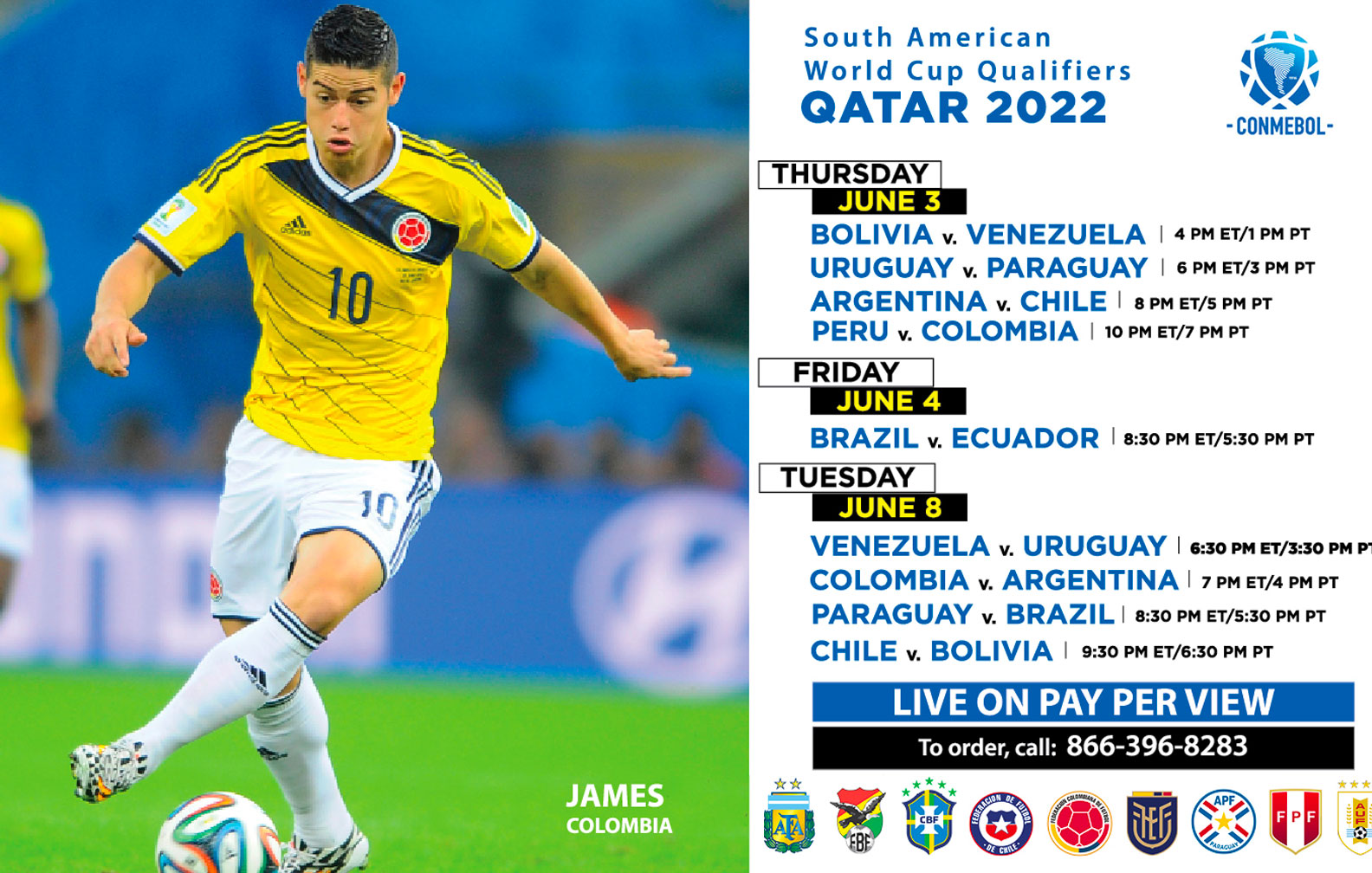 TENAFLY, N.J. (May 24, 2020) -- The long-delayed South American World Cup qualifyingmarathon is set for Rounds 7 and 8 in early June and Integrated Sports Media, the leader inpay-per-view soccer matches, has got the games covered for you.

Integrated Sports will offer the matches live on cable, satellite and telco Pay Per View viaiN Demand, DIRECTV, DISH, FIOS and AT&T U-Verse along with commercial establishmentsacross the US.

To order the matches, contact your cable or satellite company or visit Southamericanqualifers.TV or Eliminatorias.TV for details and ordering links.

The 10 nations involved in qualifying for the 2020 World Cup in Qatar have played only fourmatches each because games have been postponed three times because of the coronaviruspandemic that has ravaged parts of the continent. The round-robin qualifying tournamentcalls on each nation to play home and away against nine opponents for a total of 18matches, which will send the top four qualifiers to Qatar with a fifth nation involved in an intercontinental playoff.

Because of the delays and postponements, qualifying in South America will spill over intoMarch 2022, with the World Cup finals slated to begin in the Middle Eastern nation in lateNovember. The tournament will run from Nov. 21 to Dec. 18, 2022.

“The changes in the calendar seek to minimize the burden of travel and avoid complicationsin the busy schedule that South American football has this year,” CONMEBOL said in astatement on its website.

Because of the postponement, subsequent rounds this year will require three match dayseach in September, October and November to get the region back on schedule. In all, SouthAmerican nations and players could be asked to play 21 international matches over the next10 months -- in addition to their global club commitments.

After four games, Brazil sits atop the qualifying table with a perfect 4-0-0 record and animpressive 12 goals scored, while yielding only a pair of goals to the opposition. The Seleção’sperennial rival Argentina is 2 points behind in second place after being held to a 1-1 drawagainst visiting Paraguay back in November. In Round 7, Brazil will host Ecuador (3-0-1), whichsits in third place having only dropped points in a loss at Argentina in October. In Round 8,Brazil is scheduled to play at Paraguay (1-3-0), which is desperate for points after playing todraws in its last two games.

The schedule for Rounds 7 and 8 follows (all times Eastern):