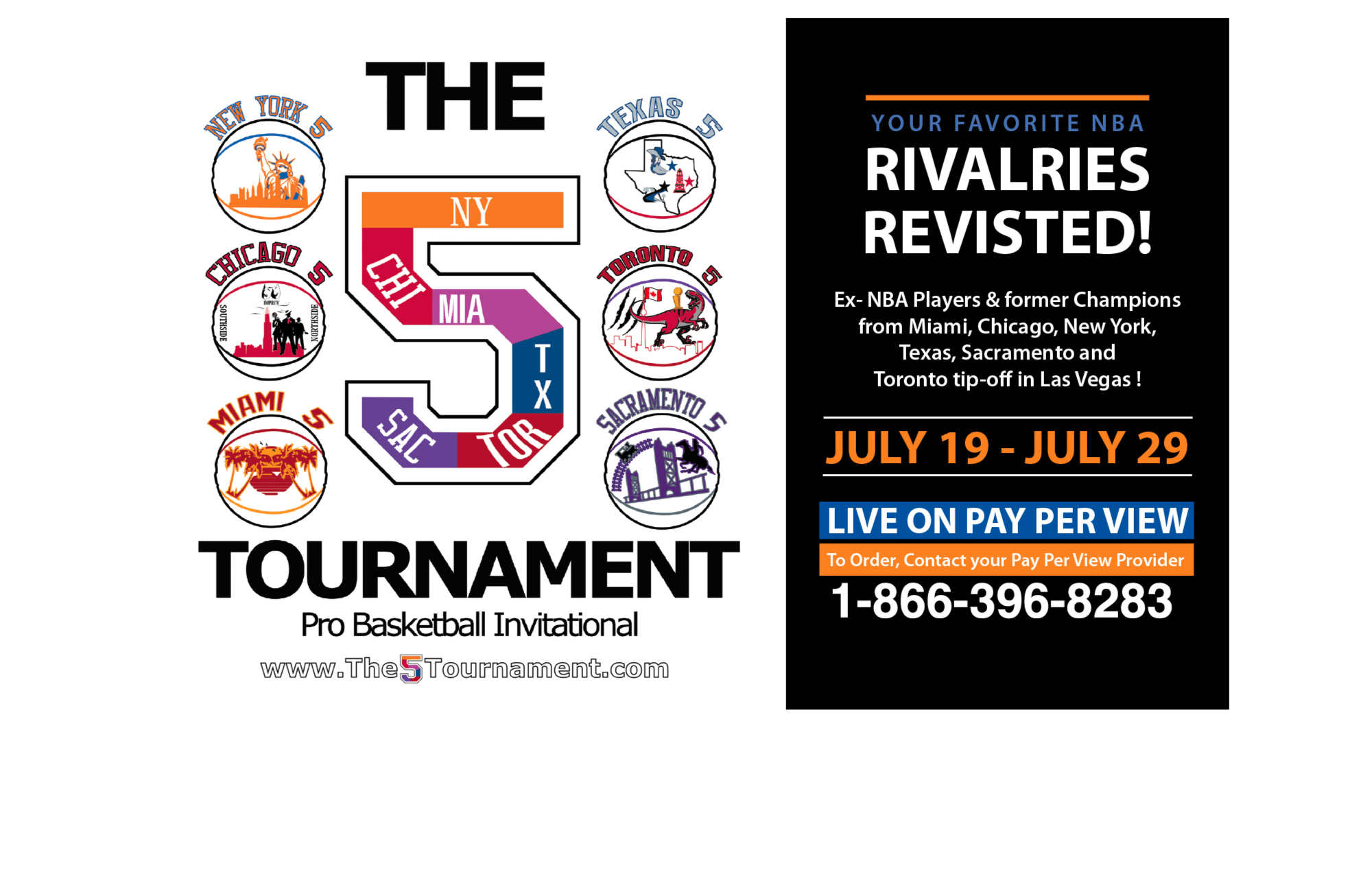 LAS VEGAS (July 3, 2020) – Rivalries will be revisited as former NBA players from their respective cities will pair up for an exclusive 3-on-3 format in the inaugural 5 Tournament, July 19-29, airing live on Integrated Sports pay-per-view from The Orleans Arena in Las Vegas NV.
Players such as Ex-Miami Heat star and 2x champion Mario Chalmers, former San Antonio Spurs NBA champion James “Flight” White, along with 12 year NBA veteran sharpshooter Mike Bibby, and many other big names are expected to take part in this one-of-a-kind event.

“Growing up as a fan of the Knicks vs. Heat, Knicks vs. Bulls knock down, drag out fights for a title, I am excited to bring this event to the public” said event CEO Jerry Castello.
Rivalries that were once must see TV are renewed as former Chicago Bulls match-up against former New York Knicks, ex-San Antonio Spurs take on the Miami Heat squad, and more. Along with an incredible list of players and participants, the broadcast will be accompanied by award-winning broadcasters and play-by-play legends from the participating cities.

The Inaugural 5 Tournament, will air live in North America on Integrated Sports Pay Per View via cable, satellite and digital Pay Per View on IN Demand, DIRECTV, DISH, Shaw and Rogers as well as worldwide online at FITE.TV or via the FITE APP which is available on most connected devices. For more information and details, visit www.the5tournament.com.

ABOUT “5 TOURNAMENT”: The “5 Tournament,” FOUNDED BY USA Natural Patches CEO Jerry Castello, is a one-of-a-kind basketball tournament that takes nostalgic rivalries and brings them back to life with your favorite players and personalities.